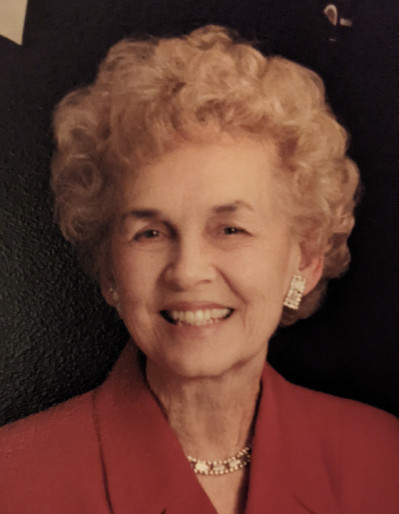 Shout out praises to the Lord, all the earth!  Worship the Lord with joy.  Enter his presence with joyful singing.  Enter his gates with thanksgiving and his courts with praise.  Ps 100:1

Corinne Louise Zillman entered God’s courts with praise on August 10, 2022 at age 98.  Born December 23, 1923, she was the second child of William A. Koch and Louise Grade Koch.

Growing up during the Great Depression brought unique challenges.  Her father – a bank president – learned his bank was found on a Chicago gangster’s hit list which meant she had a daily police escort to school, and was restricted from recess.  Her father was not to be left unattended, as many bankers were taking their lives in those difficult days.

Corinne graduated from Wausau High School in 1941 and married her high school sweetheart, Gordon Zillman, on December 14, 1946.  She worked at Employers Insurance until the birth of her son nine years later.  So excited to finally be pregnant, she walked to work on the high bridge in the middle of winter with her coat wide open to show off her pregnancy.  Three years later she learned she was having twins.  Woo-hoo! During delivery she asked the nurse if she could sing.  She was told “no, there’s already enough confusion in here.”

Despite disliking cooking, Corinne made friends (and some not-so-bad dinners) with an electric frying pan during the two years she had no stove or oven, while Gordon was remodeling the family home.  She required little sleep and kept the night oil burning while she worked on music programs, or typed up her children’s school compositions.  Mother loved her children more than life and would have sacrificed any earthly treasure for them.  They never felt unloved.  Mom led her three children to an understanding of salvation at an early age.  She carefully explained sin, its consequences and its only remedy - Jesus.  It was the greatest gift she could have imparted.

Corinne was a piano teacher for nearly 50 years; each week over 40 students walked into her home for lessons.  She loved and adored children.  There was truly no child she could not love.  (She often said she liked the naughty little boys the best.)  She served as organist, and directed children’s choirs, teen choirs and adult choirs at Christian Assembly Church (now Thrive Church).  When frustrated (usually by the basses) she notoriously pulled her hair and shrieked!  Christmas Cantatas were a big event for both church and family, and were the center of the Zillman family Christmas season.

Corinne was preceded in death by her husband of 64 years, Gordon Zillman, as well as her siblings, Mildred Ahlmann, and William Koch. Survivors include her children Thomas (Sherry), Mary and Kathryn Zillman; her greatly beloved grandchildren, Christopher (Nicole) Zillman, Jonathan Zillman and Lauren Zillman; sisters-in-law, Ruth Koch, and Charlotte Koerten, and many adored nieces and nephews.

Special thanks to Cheryl Teske and Linda Bessette for their years of companion care; and to her compassionate Aspirus Hospice caregivers – especially Carla, Mona, Donna and Shelley.

I play the notes as they are written, but it is God who makes the music ~ J.S. Bach

To order memorial trees or send flowers to the family in memory of Corinne Zillman, please visit our flower store.