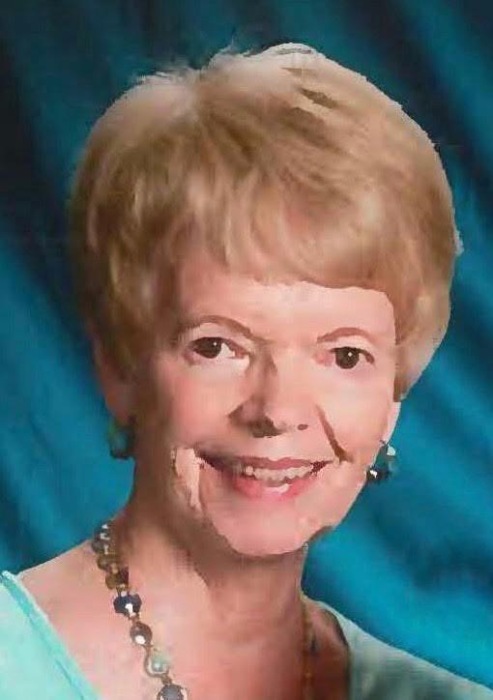 Carol Ann Ray (Nee Zeisser) passed away peacefully, surrounded by family on June 4, 2022, at Pride TLC in Weston, Wisconsin, following a recent pancreatic cancer diagnosis. Carol was born May 21, 1937, to Rev. Charles and Mabel Zeisser in Royal Oak, Michigan.  She was the second of five children.  Carol was active in the church her family attended, Martini Lutheran Church, in Hamtramck, Michigan, where her father was the pastor.

After her graduation from Detroit Lutheran High School in 1954, Carol pursued and obtained her teaching degree at Concordia Teachers College in River Forest, Illinois.  While in college, she met her lifelong friend and future husband of sixty-three years, Gerald (Jerry) Ray.  They were married on August 9, 1958, in Warren, Ohio.  Carol was a talented seamstress and made her own wedding dress.

Carol and Jerry lived in Mundelein, Illinois until 1966, when they moved to Wausau, Wisconsin, where Carol still lived at the time of her death.  Carol was a caring mother to her children, David (Edye) Ray, Custer, Wisconsin, Jon Ray, Apopka, Florida, and Beth (Eric Westlund) Ray Westlund, Decorah, Iowa.  She treasured the time she spent with her granddaughters, Kate, Allison, Marissa and Lia Ray, who knew her as Nana.

As an elementary school teacher in the Wausau Public Schools for nearly twenty-five years, Carol impacted the lives of many young students.  Even recently, former students occasionally approached her and asked if she had been their teacher.  Carol taught kindergarten and first grade at Stettin Elementary School, earned her Master’s Degree, and finished her teaching career as a reading specialist for students at Thomas Jefferson Elementary School, the same school her own children had attended several years earlier.

In retirement, Carol and Jerry enjoyed traveling, wintering in Gulf Shores, Alabama for seventeen years, spending time at their cottage near Camp Luther in Three Lakes, Wisconsin, and spending time with their children and grandchildren.  Carol was also a Master Gardener and was active with the North Central WI Master Gardeners.  Carol’s gardens at their home in Rib Mountain were featured twice on that group’s annual Garden Walk.  She was an active member at St. Mark’s Lutheran Church, Wausau, where she participated in choir and women’s Bible study in recent years.

Carol’s family extends its special thanks to the staffs of Pride TLC and Aspirus Comfort Care and Hospice Services for the compassionate care they provided to Carol and her family.

Carol was preceded in death by her parents and two sisters, Joan Folland and Mary Benbow, and her daughter-in-law, Brenda (Nee Plamann) Ray.   In addition to her husband, children and grandchildren, Carol is survived by her brother, Charles (Nancy) Zeisser and her sister, Kathryn (Rich) Siegert as well as many nieces and nephews.

In lieu of flowers, the family asks that you consider supporting any of the following organizations with a donation in Carol’s memory:  Camp Luther, www.campluther.com;  Lutheran Braille Workers, www.lbwloveworks.org; and Lutheran Bible Translators, www.lbt.ord.

To order memorial trees or send flowers to the family in memory of Carol Ray, please visit our flower store.