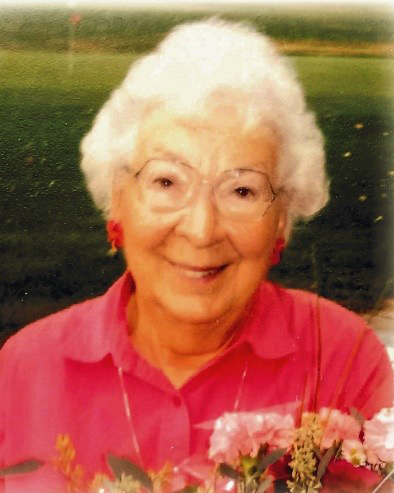 Carol was born May 21, 1932 in Port Washington, WI and called to her heavenly home on July 15, 2018.  Carol was baptized June 1932 and confirmed in 1944 at Trinity Lutheran Church in Cedarburg, WI.  She graduated from Port Washington High School in 1948 and married James R. Barton on October 14, 1950. He preceded her in death on July 14, 2009. She was also preceded in death by parents, Henry and Marie (Ballbach) Lubner; brothers, David, Victor and Peter; and sister, Rose Marie.

Carol dearly loved her family, serving them delicious meals, planning family gatherings (like her famous themed May Birthday Bashes), and continuously encouraging each in their faith lives. She was a member of St. Mark’s Lutheran Church, Wausau and former member of Faith Lutheran Church, Appleton. Throughout her life she was a faithful servant and served as a teacher of Sunday School, Midweek School, Bethel Bible Study and led Christ Care Ministry with her husband, Jim. She was also a faithful supporter of LWML Ministry and served in Education, Stewardship and Lay Ministries.

Along with Jim and her four children, she served six years as a missionary in Papau New Guinea. While there she learned the Enga language, taught Neo-Melanesian and Enga literacy classes, Enga Sunday School and had different projects with the indigenous Lutheran School children. She taught hygiene, sewing and other skills to the women and wrote a series of Enga devotions.

Carol and Jim had a team ministry in many areas. When the family returned to Wausau in 1971 she worked part-time in the North Wisconsin District Office assisting Jim who served as District Treasurer and in other areas. Later she served full time as a Promotions Manager for the District Lutheran Church Extension Fund. She was an exceptional speaker for LCEF in LCMS Districts and the Canadian Lutheran Church Districts. She created an elderly Granny Gwendolyn character and did presentations at numerous conferences for LCEF. Carol was an enthusiastic mission and motivational speaker on topics like “Self-Worth in Christ”, “Rainbows in Marriage”, and “Reaching Out with Hugs”. She was a devotional writer, published in My Devotions magazine, plus wrote many devotions and articles for LCEF and stewardship. She self-published her autobiography, REMEMBERING, when she was 80 about all her years that she said, “were orchestrated by God.” After Jim’s death she published her second book, GO!, an accounting of the family’s six years in New Guinea.

Carol was a prolific correspondent, having much joy encouraging relatives, friends, missionaries and church members with thoughtful cards and letters. She was gifted with a thankful, positive attitude and realized all her blessings came from God. One of her favorite sayings was “God is good!”

To order memorial trees or send flowers to the family in memory of Carol Barton, please visit our flower store.