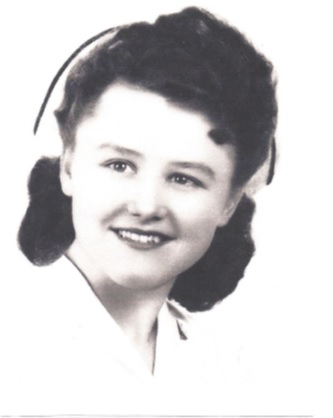 Beverly Gutknecht, 94, formerly of Oshkosh, passed peacefully on Friday June 21, 2019 at Bell Tower Residence, Merrill.
She was born May 30, 1925 in Shawano, Wisconsin to the late Robert and Mamie (Hanson) Krause.  After attending Shawano High School, Beverly enlisted in the U.S. Cadet Nurse Corps to help alleviate the nursing shortage during World War II. She graduated in 1947 from Mercy Hospital School of Nursing in Oshkosh, Wisconsin. Her career as a Registered Nurse spanned over 47 years, but at least 80 if you’d ask her. On September 22, 1951, Beverly married Harold Gutknecht in Shawano.  He preceded her in death on July 21, 2009.
In her younger years, Beverly enjoyed traveling, camping and volunteering. One of Bev’s favorite hobbies was investing and making money. She was happiest when she was spending time with her children and grandchildren. It brought Beverly great joy knowing that her daughter and granddaughter had gone on to follow in her footsteps and become nurses as well. Until Beverly’s final days, she continued to make sure those around her were comfortable and taken care of. She always went out of her way to ask, “have you eaten yet?” or “do you need any money?”. When going to grandma’s house, no one ever doubted that a box of ice cream was in the freezer and chocolates were in the candy jar. Spirituality and prayer had forever been a large part of Bev’s life and who she was. She spent much of her time at Bell Tower in the chapel going to as many masses as she could. Beverly took immense pride in her close relationship “with the man upstairs” and could never say goodbye without saying “I’ll pray for you”. Her contagious smile and twinkling green eyes will be missed so very much.
Survivors include her son, Robert (Lisa) Gutknecht of Wausau, daughter, Cynthia Gutknecht of Waupaca, three grandchildren, Jessica (fiancé Nick Anderson), Ben (Taylor Schein) and Tim (Kaitlin Erickson) Gutknecht, and a sister Yvonne Russell of Oshkosh.
In addition to her parents and late husband, Beverly is preceded in death by her brother, Bob Krause, and sister Amy (Krause) Klose.
The family of Bev Gutknecht would like to thank the sisters and staff at Bell Tower in Merrill for the wonderful care and support they’ve provided over the past 3 years.
A gathering of memories will be taking place in the Bell Tower Residence Hall lobby between 10 AM and 11 AM on July 8th, 2019. A celebration of life will follow at 11 AM at the chapel in Bell Tower. A brief graveside prayer will be at ll:00 a.m., on Wednesday July 24th at Lake View Memorial Park, Oshkosh.
Helke Funeral Home is assisting the family with arrangements.  You may sign our family guest book at helke.com.

To order memorial trees or send flowers to the family in memory of Beverly Gutknecht, please visit our flower store.