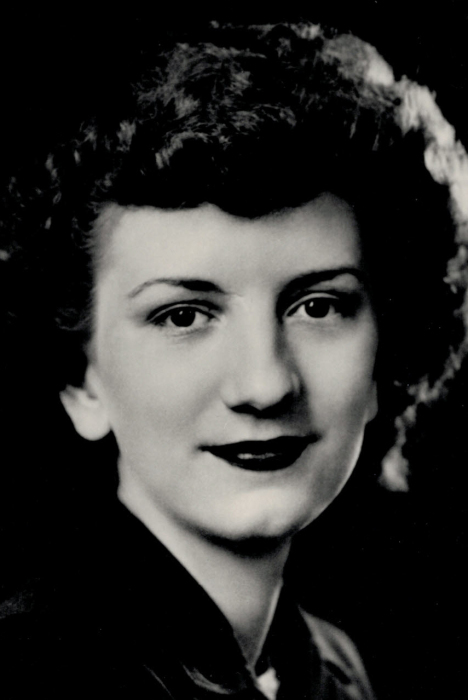 She was born on April 26, 1927 in Wausau, Wisconsin, the daughter of Elgard and Ruth (Sanders) Ristow.  Beulah married Thomas John Treu in September 26, 1949 in Ottumwa, Iowa.

Beulah graduated from Wausau High School in 1945 and was a secretary at Curtis Companies of Wausau before her marriage.  In addition to being a homemaker and mother, Beulah used her creativity as a designer and creator of dance costumes for local Wausau dance studios, and for sewing spectacular Halloween costumes for her grandchildren.  During retirement she and her husband devoted many hours to leading sing-alongs at nursing homes in the Wausau area, with Tom playing accordion and Beulah singing.  Beulah also used her seamstress talents to make quilts for family members, and items for the Veterans home and for cancer patients as part of the VFW Auxiliary.  She loved dancing and going on trips with her husband and making period costumes for them to wear when attending Tom’s antique car club.  Beulah’s curiosity about life and keen sense of humor were present to the end.  She was an exceptional person who will be truly missed.

A funeral service will be at 10:30 a.m. on Saturday, August 10, 2019, at Restlawn Memorial Chapel, 4710 North Troy St., Wausau, with Rev. Joy Nelson-Jeffers of First Presbyterian Church of Wausau officiating.  Visitation begins at 10:00 a.m. until the time of service in the chapel.  Entombment will follow in Restlawn Memorial Chapel Mausoleum.

To order memorial trees or send flowers to the family in memory of Beulah Mae "Geri" Treu, please visit our flower store.