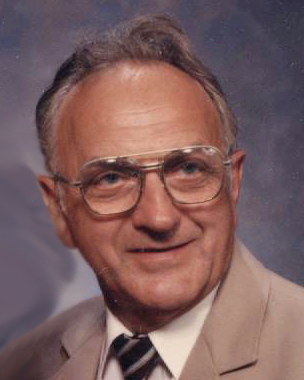 He was born March 24th, 1923, in Schofield, WI, to the late Frank and Josephine Zink. Survivors include niece, Dorothy Siewers; great-niece, Julie (Aaron) Lippert; and great-nephew, Roger Siewers. He was preceded in death by his brother, Edward (Rose) Zink; and his six-year-old sister, Dorothy Zink.

Bernard worked at Weyerhauser as a Supervisor for 40 years. He served in the U.S. Army during WWII, spending three years as a tail gunner on a 329-bomber airplane and three years on the ground crew in charge of the base bakery.

While at Wausau High School, Bernard met Phyllisjean Barz. He married his high school sweetheart on January 4, 1945, at St. James Church Rectory. Phyllisjean passed away on July 6, 2015. They were married for 70 years, and Phyllis was 91 years young.

He enjoyed golf, dancing (jug bug), and hiking in the woods by their cottage at 7 Island Lake which he had for 62 years. In the winter, they would cross country ski at the cottage and would also travel to Florida.

Bernard lived with his dog, alone, in his house with the help of Dorothy, Roger, Julie, and Aaron.

Funeral service will be held at 11:00 a.m. on Saturday, June 20, 2020, at Helke Funeral Home, 302 Spruce Street, Wausau. The Rev. Mark Pierce of St. Michael Parish will preside. Visitation will be held from 10:00 a.m. until the time of service. Military Honors will follow at Restlawn Memorial Park. Online condolences may be shared at www.helke.com

The family wishes to thank the staff of Pride TLC for their tender care of Ben throughout the years, as well as Aspirus Hospice.

To order memorial trees or send flowers to the family in memory of Bernard Zink, please visit our flower store.