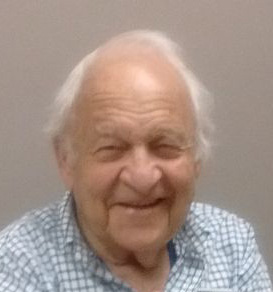 Alvin Richard Dallman, 94, of Wausau passed away on Sunday, August 12, 2018 at Aspirus Wausau Hospital. He was born on February 6, 1924 in the town of Bern, the son of the late Gustav and Alma (Muenchow) Dallman. On April 8, 1950 Alvin married Irene Richmond in Wausau.

Alvin served in the Army during WWII with the 72nd Signal Corp in the Pacific Islands. Upon his return from service he worked for Wausau Concrete for over 30 years in the maintenance department. In his free time he enjoyed the outdoors and was an avid fisherman. He was also a Packers and Brewers fan and liked to gather with family and friends.

He was preceded in death by his parents, wife Irene, brothers Alfred, Gustav, and Herbert, sister Myrtle Marquis and 3 sons Clifford, Butch, and Earl Klatt.

The funeral service will be at 11:00 a.m. on Friday, August 17, 2018 at Grace United Church of Christ, 535 S.3rd Ave, Wausau, Rev. Julie Goranson will officiate. Visitation will be at the church on Friday from 9:00 a.m. until the time of service. Burial will be at Restlawn Memorial Park, town of Texas with Military Honors. You may sign the family guest book at helke.com

To order memorial trees or send flowers to the family in memory of Alvin Dallman, please visit our flower store.