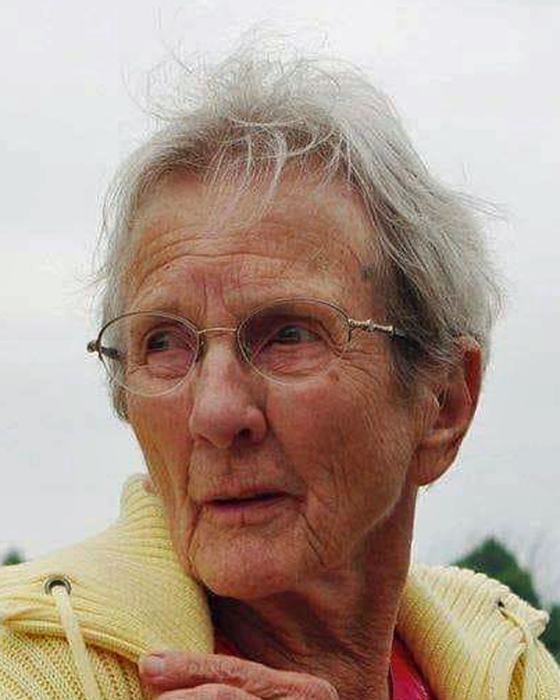 Alice H (Krohn) Christian slipped away peacefully to her heavenly home on Sunday, September 6, 2020 at the Aspirus Hospice House.

Alice was born in Wausau to Emil & Edna (Plisch) Krohn on August 11th; 1925. Growing up in Wausau, she attended Stephen’s Lutheran Parochial Grade School and graduated from Wausau Senior High School in 1943. She worked at the Marathon County Rationing Board until her marriage to Maeward Christian, in St. Stephen’s Lutheran Church on October 14, 1944. The day was further celebrated by Maeward’s parents, William & Martha (Voelker) Christian celebrating their 36th wedding anniversary. Alice & Maeward moved to a dairy farm in the Town of Maine and together they farmed and raised six children. A loving mother and grandmother, special days were spent on the front porch swing enjoying the company of many and admiring her beautiful flower gardens. Her enjoyment was completed with the monthly “Ladies Klatsch”, a gathering of long time neighbor ladies enjoying each other’s company. After Maeward’s passing on April, 24, 2004, Alice continued to live with her son Carl on what affectionately became known as “The Farm” and she took pleasure in enjoying life there for more than 75 years.

Funeral services will be held at the Christ Evangelical Lutheran Church, 1204 N Sales St, Merrill, WI on Saturday, September 12, 2020 at 11:00 AM. Visitation will be at the church beginning at 9:00 AM.  Proper social distancing will be maintained at church and facemasks are requested to be worn by all those attending the visitation and the funeral.  Burial will follow the service at the Town of Berlin Cemetery.  Helke Funeral Home is assisting the family with the arrangements; you may sign our family guestbook at helke.com.

The family wishes to extend their deepest appreciation to the staff of Hospice House for the gentle and loving care they gave to Alice in her last days.

To order memorial trees or send flowers to the family in memory of Alice Christian, please visit our flower store.