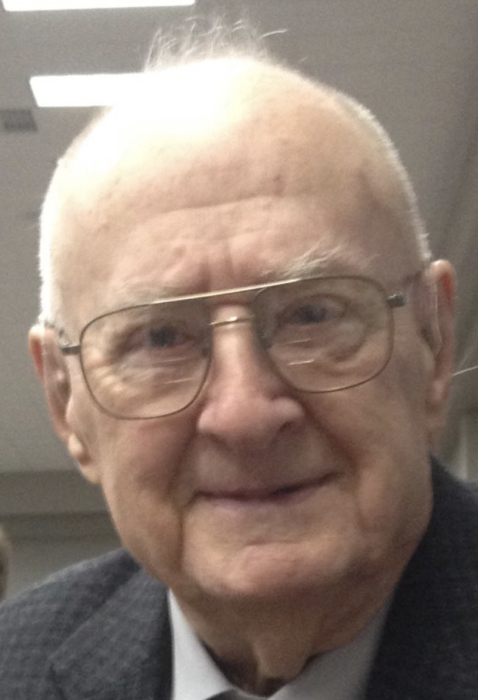 Albert Arno Reissmann, 97, of Wausau, passed away May 20, 2020 at Aspirus Wausau Hospital. Albert was born January 9, 1923 in Wausau to the late Paul and Martha (Zemke) Reissmann.

Albert was a lifelong resident of Wausau, attending school at Irving Elementary, GD Jones, and Wausau High School. Upon finishing high school, he went into the military serving in the Army during World War II.

However, by far his bravest act was on October 15, 1965, when as a 42 year old bachelor, he married the love of his life Virginia Jorstad, a widow with four children. They raised five children together with the joyful addition of their son, Jonathan.

Albert worked as a machine operator at Marathon Millwork until its close, ultimately retiring from Kolbe & Kolbe in 1992 with his gold watch. He loved to fish and camp with family and friends. He was a very kind man, a man of great faith. As one of Jehovah’s Witnesses, he enjoyed sharing his Bible based hope for the future with his neighbors.

Albert was preceded in death by his parents, including his step mother Annabelle, his brothers Paul Jr. and Robert Reissmann, and his sister Barbara Muetzel. He is also survived by many nieces and nephews who called him “Uncle”.

A virtual service over ZOOM will be held May 30, 2020 at 3:00 pm. Todd Green from the Rib Mountain congregation of Jehovah’s Witnesses will officiate.

To order memorial trees or send flowers to the family in memory of Albert Reissmann, please visit our flower store.