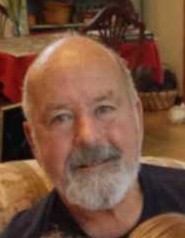 Sometimes, God needs a great running back that can’t be stopped.  A man that is able to see the difficulties that are in front, feel the opposition closing in and still lower his shoulder and face the trouble head on.  One who can lead our team to victory.  On Tuesday, September 18, 2018, at the age of 69, he selected Alan Rupple.  God could not have made a better choice.

Alan was born on February 21, 1949 in Antigo to the late Ervin and Lucille (Neu) Rupple Sr.   He was a graduate of Elcho High School and was well known for his athletic accomplishments.  He and his brothers, Erv, Jerry, Alvin and George dominated the sports world.  His sisters, Gloria, Mary and Judy cheered them on.  But that was only the First Quarter.

The Second Quarter began with the birth of his three sons, John, Tim and Sam.  They were exhilarating and frustrating….OK, very frustrating.  Next, he met and married the love of his life, Joanne Kriha.  A woman that should have known better, yet still became an invaluable part of the family.  Alan and Joanne looked forward in spending their retirement years at their recently built home on Otter Lake.  Alan was a gifted builder and took great pride in the residential homes and apartments he helped to build .  In his younger years, he was an integral part of the Wausau Area Jaycees.  Alan chaired many different projects, received countless awards for his volunteerism and served several offices including President.  He could always be counted on to see a project through to the end.  In his spare time, he played cards, puzzles and enjoyed golfing.  Alan was a hunter and fisherman and absolutely loved hunting out West and fishing trips to Canada with family and friends.

The last quarter….was a battle.  One that our father fought hard.  He didn‘t win.  The running stopped.  God needed you back.  We love you Dad!

We would like to thank Dr. Hamied Rezazadeh and the entire staff at Aspirus Regional Cancer Center for all their care and kindness they gave Alan and our family.

To order memorial trees or send flowers to the family in memory of Alan Rupple, please visit our flower store.