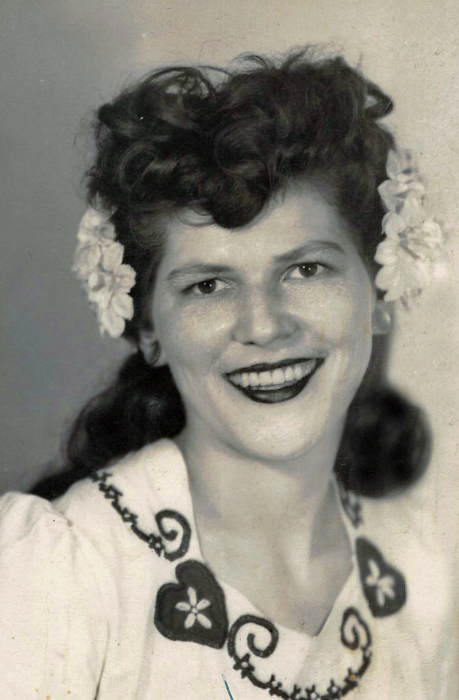 Aggie was born in Wausau on September 1, 1922 to the late Paul and Ida (Kufahl) Jahns. Aggie was a hard worker. In the 1950’s she held five jobs while raising four boys on her own. In 1960 she married Donald Genrich. He preceded her in death.

Fishing, going to the cabin up north, shooting pool, knitting, and playing shuffle board were some of the things that Aggie loved to do. She also enjoyed bowling and held a 185 average. Aggie loved all animals, and was good with them all, even the wildlife, but she had a special place in her heart for her dogs.

Aggie was a true Milwaukee Brewers fan. She knew the starting lineup, who was on the injured list, and who was on the suspended list for drugs for every game. Most important to Aggie was love she had for her family. She will be truly missed by all who knew and loved her.

She is survived by two sons, Larry and Tim Hickman; two daughter-in-law’s, Judy and Frosty; 10 grandchilden, 21 great-grandchildren and 4 great-great grandchildren.

Beside her parents, Aggie was preceded in death by her husband Don; her two sons, Eugene and Terry Hickman; two sisters and three brothers.

To order memorial trees or send flowers to the family in memory of Agnes Genrich, please visit our flower store.